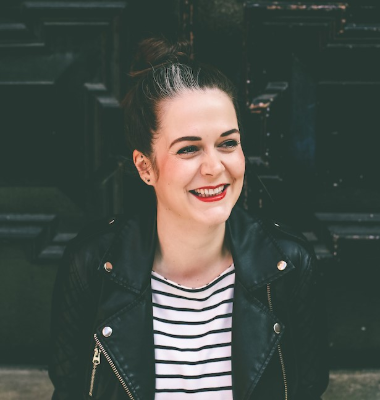 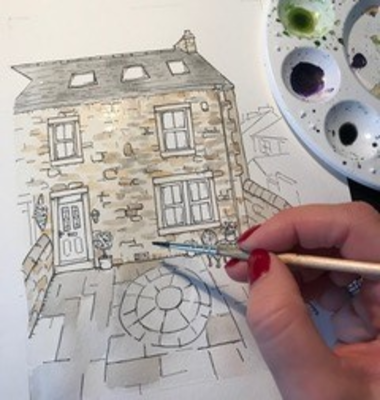 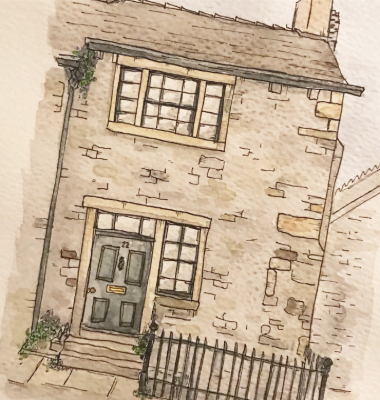 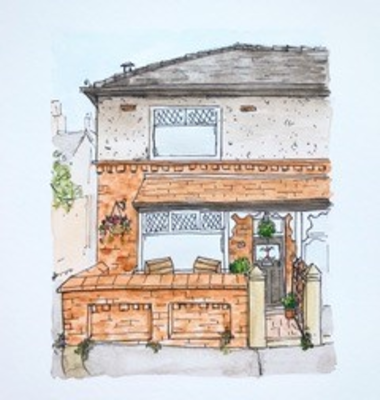 Lucie Cooke states matter-of-factly when asked what attracted her to a career as an illustrator. Such an answer may seem simplistic to some, but it’s indicative of Lucie’s realistic, down-to-earth personality. Born and raised in the Ribble Valley, Lucie worked all over the world in her previous life as a lingerie designer but settled back in Clitheroe to pursue her ambition as a self-employed designer and illustrator. Now married with a young son, Lucie recently moved to a new house, which reignited a forgotten business idea; to depict clients’ homes, wedding venues and other buildings of sentimental significance.

Growing up, Lucie was no stranger to the world of property. Her family owns local estate -agency, Anderton Bosonnet, and although Lucie never followed into the family business directly, she’s always had an interest in houses and architecture “I had a Saturday job with my dad but I needed a more creative outlet than becoming an estate agent,” she laughs. Her new venture cleverly marries her two interests together. “I’d done home illustrations as gifts for family and friends before but I’d never shared that side of my work publicly,” Lucie describes, “it was only after I moved, and realised the emotional attachment involved, that I started sharing my work. The positive reaction meant that creating the Lucie Cooke House and Home brand was a natural progression for me.”

Proud of the fact she still hand-draws and paints her work, Lucie is happy to take on anything from a treehouse to a castle. She first sketches out her design in pencil, then uses various pens for the outlines, before carefully layering watercolours to create texture and depth. “I used to stress about perspective as it’s something I’ve always found tricky, but I’ve learnt as my style has developed a bit of wonkiness is just my way,” she quips in her typical fashion.

Lucie’s work serves as a perfect memento for someone moving house; whether it be of where they are moving from or moving to. Alternatively, a portrait of a couple’s wedding venue makes an appropriate paper gift to commemorate a first wedding anniversary or similar occasion. For more information or to enquire about your own commission.

Get Featured Get listed